My 8 Hard scifi movies mini-review & recommendations. If you’re only want to watch the best imo, check these out.

While many people associate science fiction with Star Wars and the Star Trek reboot- today I thought I would make a video focusing on the less well known Hard science fiction. This is a category of sc-ifi characterised by an emphasis on scientific accuracy, rather than action & explosions. Mind you that doesn’t mean Hard Sci-fi doesn’t have its fair share of drama. – it does like to focus on the real world, but from the perspective of beyond the status quo.

– Moon directed by Duncan Jones tells the story of Astronaut Sam Bell the only inhabitant of an automated mining base, who’s close to the end of his three-year shift on the moon. Sam Rockwell plays Sam, who’s only social company is his colleague – a robot called GERTY who’s voiced by Kevin Spacey.

Andrew Niccol’s Drama Thriller Gattaca. Set where genetic engineering is the most common form of childbirth. Where the rich can obtain massive advantages for their off-spring.
– Ethan Hawke’s character Vincent is a naturally born man, who society deems as a second class citizen. The story Kicks off when Vincent, who dreams of working within space exploration switches identity with Jerome a disabled valid played by Jude law, in an attempt to become an astronaut.
Stanley Kubrick’s mind-bending epic – 2001: A Space Odyssey.
Set in two specific time periods, one preistoric, one futuristic-The film focus on humanitys discovery of a mysterious artificial object buried beneath the moon surface. When the point of origin is confirmed as Jupiter, an expedition is sent in hopes of finding the source of this mysterious object.
Jack shrYE-er’s comedy Robot & Frank – Set in the near future, a retired jewel thief has two grown children who are concerned he can no longer live alone. Instead of a nursing home Franks son buys him a robot butler programmed to look after him. But Frank soon learns that this new companion could become a useful aide. This movie is all about the characters, staying fun the whole way throughout. Where Frank Langella is great playing Frank – who tries to restart his old profession, and of course Peter Sarsgaard who’s voice acting fits the robot perfectly.
The Martian Directed by Riddly Scott is based on the novel of the same name by Andy Weir. – During a manned mission to Mars, Matt Damon’s character Astronaut Mark Watney becomes stranded after a fierce storm and is presumed dead. But Watney somehow survives – and with only a minor amount of supplies, must rely on his ingenuity, to find a way to signal to Earth, that he’s still alive.
Alex Garlands stylish directional debut – Ex Machina stars Domhnall Gleeson as Caleb Smith, a young programmer at internet-search giant BlueBook. Who is selected to participate in a ground-breaking experiment in synthetic intelligence at the estate of the company’s CEO, Nathan Bateman played by Oscar Isaac. Alicia Vikander’s performance as Ava the beautiful and seductive android is so good, that I almost forgot she wasn’t an AI.

The Andromeda strain- directed by Robert Wise is based on Michael Kriton Crichton’s novel of the same name.
-After the people of a small Arizona town are wiped out by some form of unknown contagion emitted from a crashed satellite. The American government forms a team of scientists to eliminate this threat before it spreads nationwide.
Contact directed by Robert Zameckis – is a faithul adaptation of Carl Sagan’s novel of the same name-
– Where Astronomer Dr. Ellie Arroway, has long been interested in contact to faraway lands. After years of searching, and being mocked by the science community she finds conclusive radio proof of intelligent life, who send her team a mysterious plan to build a large machine. Jodie foster playing Dr Arroway is exceptional where she delivers a character with high intellect and strong feelings alongside an impressive script and supporting cast. 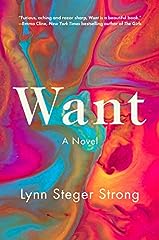 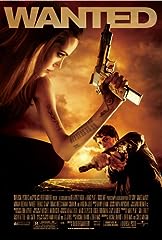 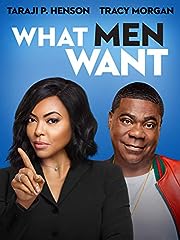 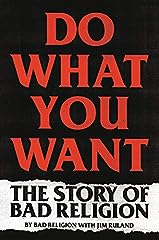 
Do What You Want: The Story of Bad Religion

I was pretty disappointed by Ex-Machina tbh, felt like they could have done so much more with the concept than they did.

I thought I was a sci-fi fan until I realised most sci-fi is shit.

Gattaca for the win!

the bg music overpowers the voice

Her and The Europa Report also deserve mention.

I love “Contact”, although,I had a hard time explaining some scenes to my wife.She’s not really in to this kind of genre.

“Hard sci-fi” is a misnomer because any sufficiently advanced technology would be indistinguishable from magic. Go back to the 1200s with a vacuum cleaner and a battery pack able to power it and they’d burn you at the stake. Take a lighter back to 2000 BCE and you’d be God.

I recommend NOI by D. X. Wynne. It has a unique blend of sci-fi, action/thriller, and supernatural elements. A bit slow in the beginning part of the first chapter, but then it really picks up speed. The end is a bit anti-climactic, but a good ending to a great story. I’m surprised it hasn’t been made into a movie yet.

The Andromeda Strain (1971) was one of the best movies before its time!

The movie Contact is not good in comparison with the book.

Everyone needs to watch World on a Wire

When Contact came out I was lucky enough to see it in the theater. I’ve always been a huge movie buff and sci-fi fan because my ‘rents were pretty cool when it came to that kinda stuff. I remember reading a lot of bad reviews of Contact at the time. Critics didn’t like it because it was too long, they didn’t like the pacing, they didn’t like the ending or they thought it relied too much on portraying the events as realistically as they could. I was a big Carl Sagan fan from an early age so I went and saw it anyway and absolutely loved it. It seems like only over the past few years people have started to appreciate it. The story was great, the cast was top notch and the special effects were really dope for the time. I’m just glad people are starting to see this film and see it’s worth.

Other Hard Sci-fi titles that I like include, Blade Runner, Dark Star, Silent Running and Primer! Let me know what’s your fav!

The Martian was such a retarded sci-fi movie. Take it off this otherwise good list, please. Thanks.

FINALLY … a channel which understands science fiction. See if you can surprise me by agreeing that Gravity is NOT science fiction and Blade Runner does NOT portray a dystopia!
😛

Star Wars is fantasy not sci-fi. It has more in common with Lord of the Rings than it does with Star Trek or Stargate and other sci-fi shows.

Repo Men is a really cool movie and so is Brazil.

Andromeda Strain so lame I couldn’t finish it.

…2001: A Space Odyssey definitely had a plot, and wasn’t just a movie with “strange and beautiful images.” I just wish these critiques would actually do their homework before they cop-out on other people’s hard work.