With the approach of the 2012 election, partisan conflict in the United States has reached a level not observed in more than half a century. This session will review the history of this in which the country moved into an era in which the Democratic and Republican parties have become closely matched electorally as they seek control of the both the presidency and Congress, and more important, in which the parties have become increasingly polarized along ideological lines. Specifically, since the 1970s the Republican party has become a more consistently conservative party, and the Democratic party are more consistently liberal one across the full spectrum of policy issues—from economic welfare and “big government” issues, including a wide range of environmental and other regulations; to race and civil rights more broadly; religious or cultural values issues, such as abortion and gay rights; immigration; and national security and foreign policy. As a result, the left-right ideological differences between parties, both at the level of political leadership and also more recently at the level of mass public opinion, have become extraordinary in post World War II America, and they have produced a degree of conflict that has made bipartisan cooperation difficult in attempting to solve the nation’s most urgent problems.

In the last decade both Presidents George W. Bush and Barack Obama promised to reverse this trend: Bush by being a “uniter, not a divider,” and Obama by being the President not of “red or blues states, but the United States”. Neither of them succeeded. After the September 11th attacks, the Bush’s presidency extended partisan conflict to foreign policy and national security issues in going to war in Iraq. While there was a brief moment during the 2008 primary election period when both parties arguably selected their most moderate presidential candidates, John McCain and Barack Obama, the final campaign demonstrated no change in the ongoing level of partisan conflict. Moreover, while it seemed that this conflict could not get further polarized, it has appeared to have reached new heights during the three years that Obama has been in office—with no end in sight and little likelihood (as of this writing on September 18, 2011) of political compromises to deal with the nation’s problems. There is even some sense now that the Republicans and Democrats perceive social, economic, and political realities in different ways—as if they live, so to speak, in different worlds. This session will conclude by considering what might be done to change this state of American politics, and by reviewing the latest developments in the politics of the 2012 elections.

Robert Y. Shapiro (Ph.D., University of Chicago, 1982) is a professor and former chair of the Department of Political Science at Columbia University, and he served as acting director of Columbia’s Institute for Social and Economic Research and Policy (ISERP) during 2008-2009. He is a Fellow of the American Association for the Advancement of Science and was a 2006-2007 Visiting Scholar at the Russell Sage Foundation. He specializes in American politics with research and teaching interests in public opinion, policymaking, political leadership, the mass media, and applications of statistical methods. He has taught at Columbia since 1982 after receiving his degree and serving as a study director at the National Opinion Research Center (University of Chicago). He is co-author of The Rational Public: Fifty Years of Trends in Americans’ Policy Preferences (with Benjamin Page, University of Chicago Press, 1992) and Politicians Don’t Pander: Political Manipulation and the Loss of Democratic Responsiveness (with Lawrence Jacobs, University of Chicago Press, 2000). His most recent books are The Oxford Handbook of American Public Opinion and the Media (edited with Lawrence R. Jacobs, Oxford University Press, 2011) and Selling Fear: Counterterrorism, the Media, and Public Opinion (with Brigittte L. Nacos and Yaeli Bloch-Elkon, University of Chicago Press, 2011). He is also coauthor or coeditor of several other books and has published numerous articles in major academic journals. He served for many years as editor of Public Opinion Quarterly’s “The Polls–Trends” section, and is currently chair of the journal’s Advisory Committee. He also serves on the editorial boards of Political Science Quarterly, Presidential Studies Quarterly, Public Opinion Quarterly, and Critical Review, and is a member of the Board of Directors of the Roper Center for Public Opinion Research. He has been President of the New York Chapter of the American Association for Public Opinion Research (NYAAPOR) and Councilor-at-Large in national AAPOR. His current research examines partisan polarization and ideological politics in the United States, as well as other topics concerned with public opinion and policymaking. 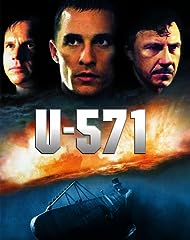 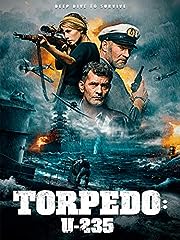 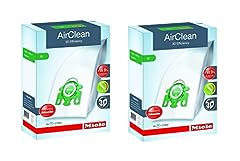 100% Randomly Spun Fibers 3D efficiency allows dust bag to use entire volume Eco-Efficiency allows the vacuum to have maximum efficiently at low settings 99.9% Of all dust captured Pack includes: 8 Type U Bags + 4 Air Filters (as of November 18, 2020 - More infoProduct prices and availability are accurate as of the date/time indicated and are subject to change. Any price and availability information displayed on [relevant Amazon Site(s), as applicable] at the time of purchase will apply to the purchase of this product.) 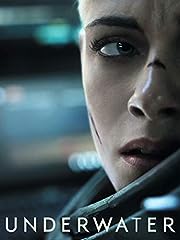 It would be interesting to hear Robert Shapiro and Lawrence Jacobs’s lecture regarding the various ways politicians respond to public opinion- one including politicians’ tendency to simulate responsiveness and manipulate opinion through crafted talk.