Humans are tribal; we need to belong to groups. But according to international law professor Amy Chua in her book Political Tribes: Group Instinct and the Fate of Nations, Americans are often spectacularly blind to the power of tribal politics—and that blind spot has continually undermined American foreign policy. Chua takes our stage to outline how Washington’s foreign policy establishment and American political elites alike remain oblivious to the group identities that matter most to ordinary Americans—identities that are tearing the United States apart.

Chua is joined onstage by KUOW host Bill Radke (of The Record and Week In Review) to explore the complex landscape of modern American identity politics—which Chua asserts have seized both the Left and Right in an especially dangerous, racially inflected way. Every group feels threatened: whites and blacks, Latinos and Asians, men and women, liberals and conservatives. Chua argues that America must rediscover a national identity that transcends our political tribes. She urges us to end the false slogans of unity, which are just another form of divisiveness. Join Chua and Radke for a conversation about the difficult unity Americans must construct, one that acknowledges the reality of group differences and fights the deep inequities that divide us.

Amy Chua is the John M. Duff, Jr. Professor at Yale Law School. She is a noted expert in the fields of ethnic conflict and globalization, and the author of the bestselling titles World on Fire: How Exporting Free Market Democracy Breeds Ethnic Hatred and Global Instability, Day of Empire: How Hyperpowers Rise to Global Dominance—and Why They Fall, Battle Hymn of the Tiger Mother, and her most recent book, The Triple Package: How Three Unlikely Traits Explain the Rise and Fall of Cultural Groups in America, co-written with Jed Rubenfeld.

Bill Radke is the host of The Record and Week In Review on KUOW. He has been a host on American Public Media’s Weekend America and Marketplace Morning Report, and is the creator of past show Rewind, a news-satire show heard on KUOW and nationwide on NPR.

Recorded 3/8/18
Thanks to Town Hall Seattle

Pirate TV is a 58 minute weekly TV show that provides the book talk and lecture content for Free Speech TV. Pirate TV challenges the Media Blockade, bringing you independent voices, information and programming unavailable on the Corporate Sponsor-Ship. These posts are for YouTube and are usually longer than the broadcast versions. You will notice that I don’t monetize my videos. I’m irritated by constant interruptions as I’m sure are you. If you would like to pitch in to support this work, consider a donation: http://www.edmaysproductions.net/piratetvsubdirectories/support.html 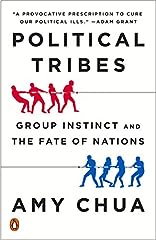 
Political Tribes: Group Instinct and the Fate of Nations 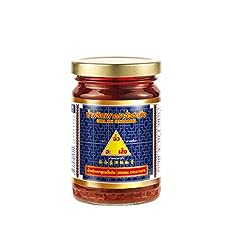 Use for cooking any kinds of stir fry dish, soup, Tom Yum Goong, Thai spicy salad and also good as dipping with shrimp chips or snacks. This one is made with our original process and special ingredients selection. One of the most important ingredient... (as of November 28, 2020 - More infoProduct prices and availability are accurate as of the date/time indicated and are subject to change. Any price and availability information displayed on [relevant Amazon Site(s), as applicable] at the time of purchase will apply to the purchase of this product.)


Battle Hymn of the Tiger Mother 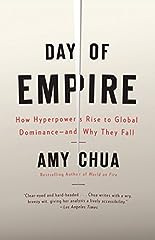 
Day of Empire: How Hyperpowers Rise to Global Dominance--and Why They Fall

She’s blaming the dysfunction bred by Capitalism and Racism on Tribalism, as if all groups are equally culpable for the state of this Nation. SMH. Nope; try again.

Libya just fell apart. What Russia did? Really? No self-reflection or independent thought. She has absolutely no idea just how tribal she is. No credibility. We are tribal, no doubt, but Ms. Chua cannot get out of the muck far enough to teach us anything new. But she is the new darling.

Yale Law School produce elements in society incapable to think outside of the box. Intelligence is a sword with sharp edges both sides, how we uses it can kill oneself rather than an opponent. This is why the use of the word ‘flirting’ with the truth has been used in the precedent comment. A lot cannot be said simply because of the confine of the box. Next, know about the box, what is made off, its size, its colour etc . . . . Then the flirting will stop, a different game will take place, a rough one for sure but it will be called progressive in a certain aspects of it, so far, we dance with words over a bad tune. We are hypocrites most of the time, not out of malicious intent but to protect the few privileges we may have. Only those who have nothing to protect put aside hypocrisy, they are not involved yet. The possibility of such multitude to be involved scare the hell out of our bourgeois world, this is why we are where we are today. Nothing last, everything is doomed to perish, so in the meantime have your cup of tea with a cookie, you’ll feel better for a while until the next events.

An intelligent person to listen to, the subject is important to understand our behaviour in society. Her argument is flirting with the truth, a vast subject which encompasses social and economical construct. Good attempt. Thanks