Get the shirt here: https://shop.bbtv.com/collections/forgotten-weapons/products/unisex-t-shirt-51

Since we are in the middle of a series on French rifles, I figured it would be an appropriate time to take a look at what printed reference books are out there in English on the subject of French military arms. Unfortunately, the selection is very limited, and only two of these are still in print.

There is no book covering bolt action rifles like the Lebel and Berthier, so I am working on writing one myself (which I plan to have cover rifles from the Chassepot to the the FAMAS). However, here is what can be found now:

French Military Arms by Major James Hicks. This is a reprint of a types pamphlet written in 1938, which covers rifles, pistols, machine guns, artillery, grenades, and bladed arms from 1717 to 1938. While wide-ranging, it includes very little detail beyond the names of the various items, and is not entirely accurate.
http://amzn.to/2ujX5qP

Proud Promise by Jean Huon. An outstanding reference on French semiautomatic rifles, from the earliest developments before WWI to the retirement of the MAS 49/56. Most of France’s self-loading rifle development was done in secret by military institutions without use of patents, which makes research on them very difficult (many of these records are still classified as state secrets, thanks to French bureaucracy). M. Huon has done an excellent job finding and presenting this information.
http://amzn.to/2vt3Maf

Honour Bound by Gerard Demaison and Yves Buffetaut. Another excellent work from Collector Grade Publications, this is specifically on the M1915 Chauchat machine rifle. It covers the weapon’s development, accessories, context in the French military, and wartime field usage. It is a must-have for anyone interested in World Wa rOne or French arms, and is still available from the publisher for the cover price of $40….at least at the time this video was filmed.
http://amzn.to/2uiWKGf

The Last Bolt Gun by Steve Jackson. A self-published ebook covering specifically the MAS-36. It is not a reference book with the depth of the previous two, but it is a good overview of the MAS-36 for the typical owner. Do not expect too much, and you will not be disappointed. Available in both print and electronic forms.
http://amzn.to/2uIwkip

The French 1935 Pistols by Eugene Medlin and Colin Doane. Approximately 140 pages on the development, production, use, and accessories for the 1935A and 1935S automatic pistols, adopted by the French military to replace the half-dozen different handguns used through World War One. Quite good, and unfortunately out of print.
http://amzn.to/2gRsgqu

Military Handguns of France by Eugene Medlin and Jean Huon. Similar in size and composition to the previous book, but larger in scope, covering French military handguns form 1858 to 1958 (the Lefaucheaux pinfire to the MAC PA 1950). Also a very good reference, essential for anyone interested in French handguns. Unfortunately also out of print.
http://amzn.to/2ujXg5t

If you enjoy Forgotten Weapons, check out its sister channel, InRangeTV! http://www.youtube.com/InRangeTVShow 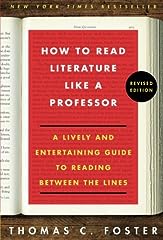 
How to Read Literature Like a Professor: A Lively and Entertaining Guide to Reading Between the Lines, Revised Edition

(2230)
Harper Perennial (as of September 16, 2020 - More infoProduct prices and availability are accurate as of the date/time indicated and are subject to change. Any price and availability information displayed on [relevant Amazon Site(s), as applicable] at the time of purchase will apply to the purchase of this product.) 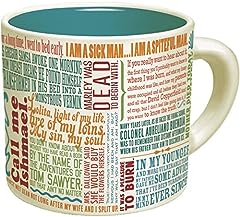 (540)
Featuring 24 opening lines of some of the greatest works of literature. 12 oz. mug. Dishwasher and microwave safe. From the Unemployed Philosophers Guild. Don't worry. We are employed, just not as philosophers. We're a small, Brooklyn based company s... (as of September 16, 2020 - More infoProduct prices and availability are accurate as of the date/time indicated and are subject to change. Any price and availability information displayed on [relevant Amazon Site(s), as applicable] at the time of purchase will apply to the purchase of this product.) 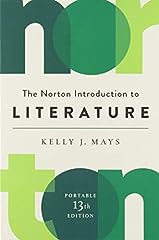 (123)
(as of September 16, 2020 - More infoProduct prices and availability are accurate as of the date/time indicated and are subject to change. Any price and availability information displayed on [relevant Amazon Site(s), as applicable] at the time of purchase will apply to the purchase of this product.) 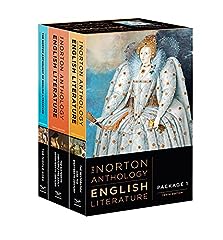 (182)
(as of September 16, 2020 - More infoProduct prices and availability are accurate as of the date/time indicated and are subject to change. Any price and availability information displayed on [relevant Amazon Site(s), as applicable] at the time of purchase will apply to the purchase of this product.)

Ian, I imagine you already have people helping but please let me know if you would like any help with translating or understanding any French material

To add before Ian’s usual timeline, there are a few books on the BPCR era that cover French rifles of the time along with others. Arms From Europe gives a good view of the surplus French and other European arms that were imported by both sides in the U.S. Civil War. French Military Small Arms, Volume I, by Didier Bianchi gives good information on French weapons of the flintlock era.

12:20 “Even if you don’t want it one of your friends who’s interested in French handguns will want it.”
The only “friend” I have like that has a website and YouTube channel about hardly-remembered firearms, and I think he already has a copy.

Would you consider doing a feature on the French gevArm a3 .22 rf this is sucha beautiful rifle

If you ever need assistance with translations, don’t hesitate to contact me.

Hmmm, presumably that book by Hicks would have a write up on my wonderful and lovely antique AN IX infantry sabre.

7:05 … that 6x58mm cartridge illustrated there seems like it would’ve been far more practical. (less 7mm Remington Magnum, more .243 Winchester … or more like the 1895 vintage 6×57 Mauser listed in Cartridges of the World … or the 6mm Lee Navy, though the case capacity looks closer to a Mauser or Swedish cartridge)

Still, the move to 6mm would make sense given the positive appraisal of the 6.5 Daudeteau cartridge a few years prior.

Very glad you’re starting to write a book and fill that huge hole in the market for books on french military firearms in English. You’re def qualified. If not overqualified.

Why is the demand for that ammo not being filled by some smaller company. I understand the larger companies not wanting to start another cartridge but I would imagine someone else would be willing to take the time to neck down brass and fit and load them. Is the issue the brass? Is it a very odd or rare cartridge size or shape? I could see them being expensive but just not being available seems odd to me. Can anyone answer this or give some input?

Love all the reviews I’ve seen of the collector’s grade books, but if I’m going to spend the money on it I wish they would do a book on the CZ 75. Any similar books to the collectors grade ones on that?

Although I never was a connaiseur on French guns, you can bet I ‘m gonna buy one of your books !!!

Hey Ian, do you guys still have the inrange logo german smocks? I would love to have one.

One thing I would love to see Ian do and go over. Is training manuals and military intelligence identification manuals of ww i & ii as well say some of the major wars of the 20th century.
Form both sides. Also how little both side’s know with the scant information they had at the time of some of the early light weapons . Good example would be the early version of the Bazooka when it first seen field of combat and how the German’s had been desperate to get there hands on one.

it’s too bad the shirts go down on the 28th. i don’t get any money until the 1st.

What’s your opinion of “Smith’s (Ezell”s) Small Arms Of The World”?

Love your T-shirt!Where can i buy one

Speaking of French military, I’ve juste seen the movie “Dunkirk”, and as a french WWII “fan” … hum … The French army is again shown as a coward army. I am extremely disappointed.
I would like to know your opinion on the movie if you planned to watch it …

Hm…as long as no Brit has writen them, because they would probably sum everything French up with “It’s crap, don’t use it!” 😀

Count me in whenever you start a pre-order/pre-sale of your book.

Like other people recommend you should do a kickstarter for your book. A lot of people would help, just like patreon. And it would help overall I think a bunch

So, autographed copies for Patreon supporters?

What I would love is a collector grade style book on ALL the French arms of the Franco-Prussian war. George Layman’s book on Rolling blocks mentions Remington being France’s agent, and buying everything that shoots, but he only specifically talks about the RRB, and dismisses the rest.

Best of luck with the writing 🙂

Ian’s finally writing a book! I will definitely order it, just getting into French weapons myself, plus I’ve thought you should write a book for years!

Only Gun Jesus could make Americans want to read about French weapons.

Have Varusteleka sell your book when it’s out and I’ll buy. (I’m a Finn and can’t be bothered to create an amazon account or anything fancy like that).