John A Pescud worked for Cambria Steel Works and was a travelling plateglass seller for the company.
He was a different kind of man. Now, the narrator met him the second time on a train bound to Pittsburg.
The latter was going to Cocktown, on the way to Pittsburg. Having found him reading the best seller novel, ‘The Rose Lady and Trevelyan,’ the narrator and John began to talk about the impossibilities of such novels in the modern world because the novel was about an American rich man marrying a princess from Europe.
Both the narrator and John agreed upon this.
When the narrator asked John if he had got married, John told him how he met his wife Jessie in a similar situation as that of the novel’s storyline.
Last year, John was in a train. Among the passengers, his eyes met a beautiful young woman. John wanted to talk to her.
When she alighted from the train at a station, John followed her.
He kept business aside and madly chased for the woman, changing trains whenever she did.
Finally the train stops at a station in Virginia and the woman gets down there. An old man comes to receive the woman.
JOhn follows the woman.
Upon reaching the woman’s house, John stood dazed, shocked! The house she went into looked like a palace, a little old one.
It was unbelievable. Was he following a princess after all? Who is she? Who was that old man? John decided to know all that about her.
He lodged at Hotel Bay View House from where he could see the woman’s ‘palace.’ He learnt that she was the daughter of Colonel Allyn, the most known family in Virginia.
The next day John went to meet the woman. It was like walking into a lion’s den.
The young woman was in her garden, watering her plants, when John reached the gate. It was a huge, imposing gate.
John struck a starting by saying he had come in search of Mr. Hinkle. Quite slyly the woman said that there was no such man in the village of that name.
Thereafter John had to do straight talk – about his interest in the woman, his love for her, etc.
He said that he had been prepared to go to the end of the world to talk to her. The young woman smiled at this and said that she had been aware of that! Her words and expressions confirmed her approval but now they had to convince her father.
Jessy, the young woman asked John to talk to her father. A brave John Pescud got ready to talk to Jessy’s father.
Finally the huge gate opens for John and John walks into the biggest house in Virginia and goes numb at the scene inside. All he could see was that the Allyn’s family had been living a poor life for a long time.
It was a secret that the Allyns had been bankrupt. Jessy was good at keeping the secret from the world outside. She never wanted anyone know her secret but for John Pescud she opened the door of mystery because she saw that John would not leave her even after seeing her miserable existence.
John and Jessy married. The bought a new house and left the old one. They are happily settled. John travels to his office everyday and he hopes that his life will be better.
The story is presenting John as a hypocrite. 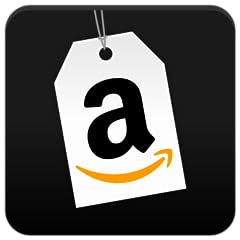 Analyze your sales. Manage your inventory. Access Sponsored Products. . Manage your orders. Manage your returns. View next payment balance. Respond to messages. Capture and edit professional quality product photos using the Photo Studio. Create new o... (as of September 21, 2020 - More infoProduct prices and availability are accurate as of the date/time indicated and are subject to change. Any price and availability information displayed on [relevant Amazon Site(s), as applicable] at the time of purchase will apply to the purchase of this product.) 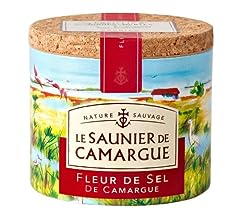 A great alternative to table salt A great alternative to table salt Use in place of salt for a healthier meal Composed of distinctive salt crystals and slightly damp, fleur de sel de Camargue is a unique salt that gently enhances any dish Finishing s... (as of September 21, 2020 - More infoProduct prices and availability are accurate as of the date/time indicated and are subject to change. Any price and availability information displayed on [relevant Amazon Site(s), as applicable] at the time of purchase will apply to the purchase of this product.) 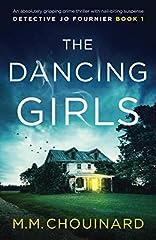 (4128)
(as of September 21, 2020 - More infoProduct prices and availability are accurate as of the date/time indicated and are subject to change. Any price and availability information displayed on [relevant Amazon Site(s), as applicable] at the time of purchase will apply to the purchase of this product.)

(3)
(as of September 21, 2020 - More infoProduct prices and availability are accurate as of the date/time indicated and are subject to change. Any price and availability information displayed on [relevant Amazon Site(s), as applicable] at the time of purchase will apply to the purchase of this product.)

All the Part of this lesson,
I really understand.
And which person say buy a good voice recorder , your voice recoder is good.listening care fully all you know. Thanks sir

wasted my 15min of my life

Please use only ncert books and send another vidio

but explanation is good..

I was not lisning in class so it help me lot

This is so irritating!!! You have mistakes in many places!! I you don’t understand it properly, then don’t make videos just with what you understood… Many students get to understand what is wrong.

good but not impressive
buy a good sound recorder

All things are good but u purchase a good recorder

why it pauses so much..its annoying..

where was the pescud going?

nice video..
it was helpful for me
but there is a need to improve the sound quality